Just before the session, Angelica mentioned that it is every girls dream to wear a Princess dress and spin around!  That was even before I told her this idea I had in mind!  I love the way it turned out!  Though this was taken as a Bridal portrait, the dress is actually the one she wore as the 2013 Taos Fiestas Reina (Queen). 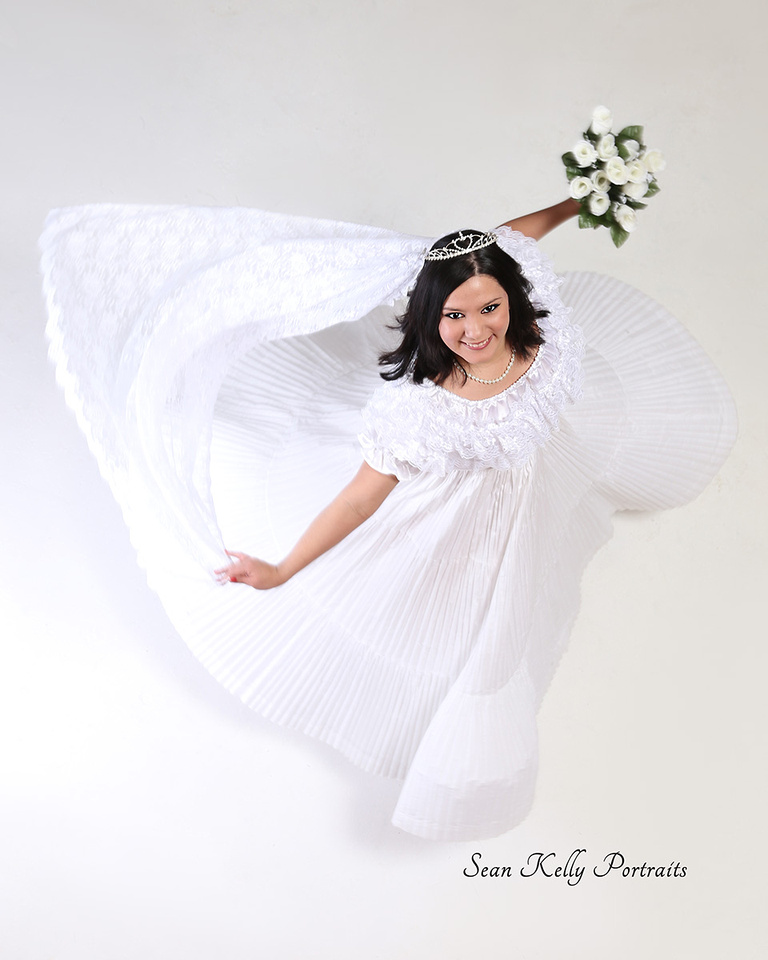 This was just a spontaneous shot.  She had brought boots with her and the cowboy hat is one of my props.  The barn background is also part of my studio, so I just had her sit on the hay bales and have fun! 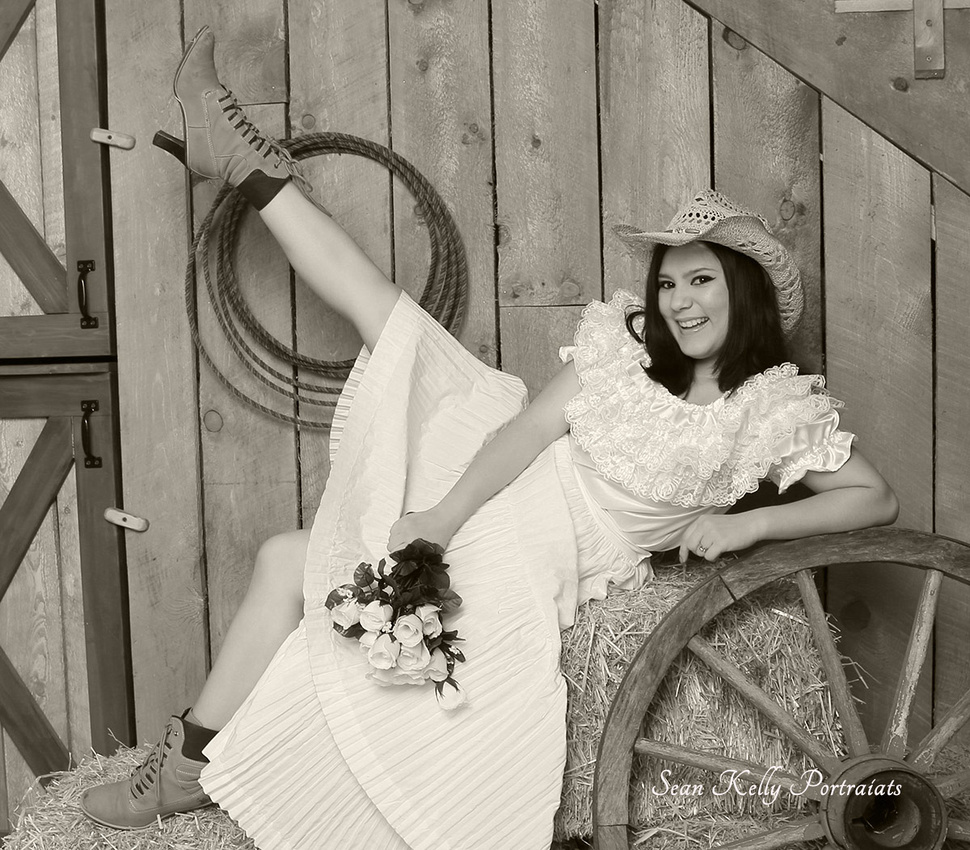 Double the image, double the fun!  I think the silver shoes and tiera added a nice touch to this portrait.